The El Paso Humane Society was first organized in 1903 in the office of Col. Bean in the Mills Building and they got the city council to pass a law against animal cruelty the next year. The Society, however, wandered astray and was reorganized in 1906 by a group of women including Mrs. W.S. Tilton. By 1947 this society was disbanded and a new society was formed by Marian Young a Circulation Librarian for the El Paso Public Library, she was also the first President. The Society built a new animal shelter in 1953 to replace the pound and to house stray dogs and worked to find homes for them. They were put in charge, by the city, to enforce anti-animal cruelty laws and they continued to rescue and rehab animals. The Society continues that mission even to this day. These items are from the El Paso County Humane Society Scrapbook, which started when the society organized in 1947 and it was donated to the El Paso Historical Society. 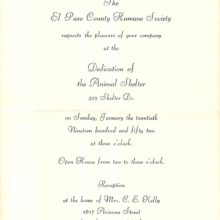 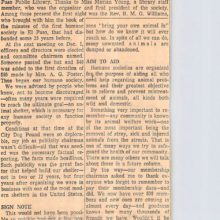 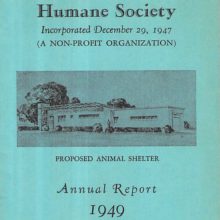 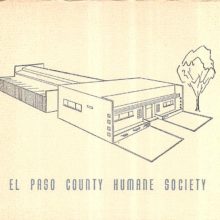 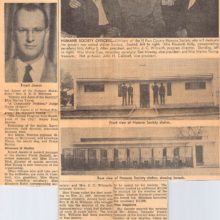 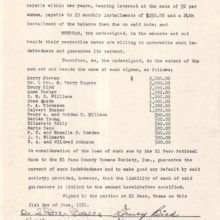