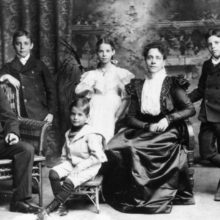 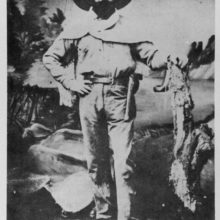 Ernst Kohlberg in 1881 with black beard and a pistol holster on his belt. 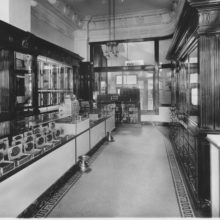 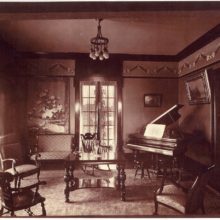 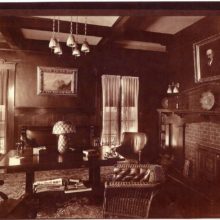 Ernst Kohlberg, founder of the first cigar factory in the Southwest, was born in 1857 in Prussia came to El Paso with Solomon C. Schutz in 1875.

Kohlberg agreed to work for Schutz, without pay for up to a year, to pay for his passage to Texas.

After working for Schutz for eight months, Schutz agreed to pay Kohlberg an annual salary of $250.

Kohlberg learned Spanish and became deputy US. Consul in Juarez and assistant postmaster in El Paso.

Kohlberg invested and lost his money in the Jesus Maria gold mine in Mexico. He went to San Francisco and worked as a clerk before returning to El Paso in 1881 to open a cigar store with his brother Moritz.

On a trip to Germany in 1884 Kohlberg met and married Olga Bernstein.

He was elected to the city council 1893.

In June 1910 Ernst was shot “in cold blood” in his store on South El Paso street by John S. Leech who was upset over an eviction notice served him as proprietor of the Southern Hotel, which was owned by Kohlberg.

Olga Kohlberg was instrumental in the creation of the first public kindergarten in Texas, established here in El Paso in 1893.

In 1892 Olga formed the Ladies’ Benevolent Association which led to the fist hospital in El Paso.

She helped form the El Paso Public Library in 1895.