From El Paso’s earliest days, the mix of travelers who have moved through the Pass City have left their mark on the meals that grace our tables as well as the tables of our lost restaurants, including the Hacienda Café and Café Central.

Pancho Villa could often be found enjoying ice cream baseballs at the Elite Confectionary, a restaurant also featured in the book.

Readers will recognize many of the restaurants and proprietors in the book and will be introduced to others they may not have known.

In March, 1954, at the urging of Cleofas Calleros, the Women’s Department of the Chamber of Commerce undertook the project of creating an El Paso Historical Society.

The Lorenzen Family Collection: “How We Cook in El Paso”

Article 1, Section 4 of the Constitution of the United States of America says that the “…Times, Places and Manner of holding Elections for Senators and Representatives, shall be prescribed in each State by the Legislature thereof: but the Congress may at any time by Law make or alter such Regulations…”  Amendment X strengthens state control […] 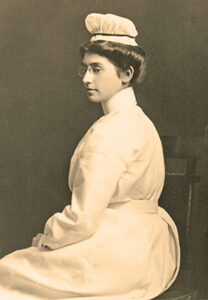 END_OF_DOCUMENT_TOKEN_TO_BE_REPLACED

October 22, 2020— The El Paso County Historical Society is pleased to name the Sunset Heights Neighborhood Improvement Association as the recipient of the 2020 Chris P. Fox Award.