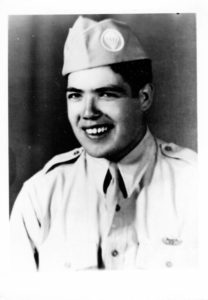 We have identified these two photos as brothers David Hernandez and Jose Hernandez through David’s son, one 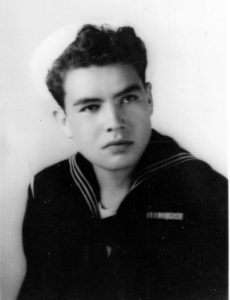 Yup, that’s my dad and my uncle Jose. Jose was older that my dad and died at the “Battle Of The Bulge.” He go shot as he was parachuting down and never made it to the ground alive. When my dad turned 17 he had my grandfather go with him to sign up since he was too young to sign for himself. His 3 brothers had already signed up and were off to war. He didn’t want to be left behind when he thought he could contribute.

Their parents were Jose and Sofia Hernandez. David was born Aug. 19. 1925 in El Paso and died April 29. 2014 in El Paso. He is buried at Fort Bliss National Cemetery.

Since 1954 the El Paso County Historical Society has been a driving force in the historic scene of El Paso. EPCHS strives to foster research into the history of the El Paso area; acquire and make available to the public historic materials; publish and encourage historical writing pertaining to the area; and to develop public consciousness of our rich heritage.
Previous Identified: Herbert William Igoe Next Photos: Juarez 1940