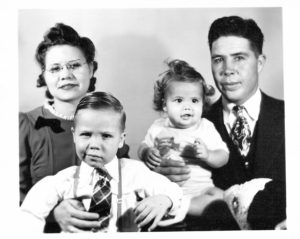 Gary Rinker obituary:
As the family of Gary V. Rinker stood by his side, they witnessed the transition from Earth to Heaven; peaceful and full of God’s grace leading the way for the rest of us to follow. At the age of 63, he begins a new life. The legacy of love he leaves behind includes his wife of 42 years, his sons and daughters-in-law Gary and Priscilla, Rusty and Lulu, daughter and son-in-law Judith and Paul McFarland, brother Berland, daughter-in-love Monica, grandchildren Christian, Caleb, Sunshine due on 9-23-2008, Xavier, Gloria, Vanessa, Aaron, Mathew, Amber, Brittany, Ariel, great grandchildren Dominic, Jaylin and Syriana. His community involvement included attending and serving at First Assembly of God as board member, Sunday School Teacher, Men’s Ministry leader, Royal Ranger leader. He participated as a Gideon and was involved in the Eastwood Optimist Club coaching boys and girls sports. He attended Austin High School. He was a firefighter and retired from the El Paso Fire Department in 1990. He served in the US Navy. Viewing will be Monday, April 7, 2008 from 4:00 p.m. to 9:00 p.m. at Mt. Carmel Funeral Home at 1755 N. Zaragosa. The funeral service will be on Tuesday, April 8, 2008 at 12 noon at First Assembly of God Church 3928 Montana. Graveside Service will be at 2:00 p.m. at Ft. Bliss National Cemetery. His life celebration will directly follow at First Assembly of God at about 3:00 p.m. His final wish was that we all meet him in Heaven. In lieu of flowers we request donations be made to Royal Rangers at First Assembly of God, Gideons, Church on the Street or Teen Challenge.

This photo was identified by Gary Rinker, son of Gary Bernell Rinker.

Since 1954 the El Paso County Historical Society has been a driving force in the historic scene of El Paso. EPCHS strives to foster research into the history of the El Paso area; acquire and make available to the public historic materials; publish and encourage historical writing pertaining to the area; and to develop public consciousness of our rich heritage.
Previous The Lowenstein Family: Pioneer Family of Ysleta. Next Identified: Rachel Pierce, Bearl Nichols wedding