A look at the Sun Carnival Queens of El Paso

Here are some photos of past sun queens, princess, and duchesses. The Southwestern El Paso  Sun Carnival was founded in 1935.

Dr. C.M. Henricks came up with the name and won the contest that was held to decide what to name this event. The first game was on Jan 1, 1935, it was between the El Paso High School Football Team,  El Paso All-Stars and the Rangers at  El Paso High School Stadium. The first celebration had no queen. On December 1935, Ruth Staten was crowned and she presided over the celebration in 1936, when the Sun Carnival turned to college football, Hardin Simmons and  New Mexico State on Jan 1, 1936. Decades before in 1902, Gertrude Catlin Mitchell was crowned queen at the El Paso Mid-Winter Carnival in 1902, a predecessor to the Sun Carnival. The Frist Midwinter Carnival was held in 1901 and the first queen was Claire Kelly who was crowned at Myar Opera House. The Last Mid-Winter Queen was Edith Newman in 1903. By 1904, El Pasoans have lost interest in the carnival. Staten was elected by popular vote and later was married to Richard Stewart. The couple died in a plane crash years later. The 1936 Sun Carnival Coronation also helped kick off the  Texas Centennial Celebration which celebrated the 100th anniversary of Texas  Independence. 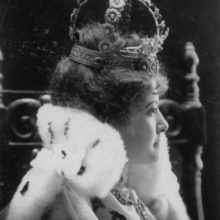 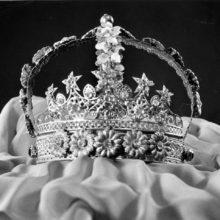 In 1969, Lucy Ashton donated the 1902 Mide-winter Carnival crown worn by Queen Gertrude Catlin. It was gifted to the El Paso History Museum in 1993. The Photo is of the crown EPCHS Archive. 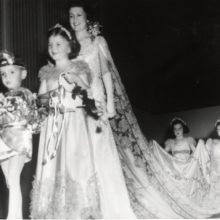 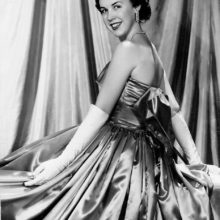 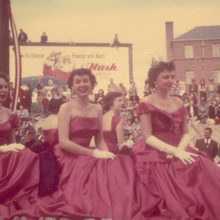 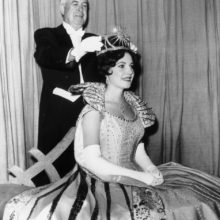 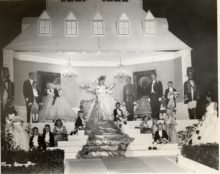 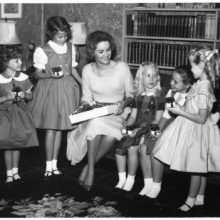 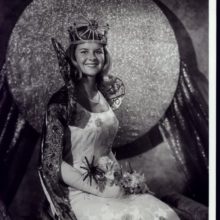 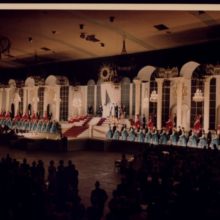 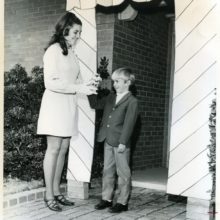 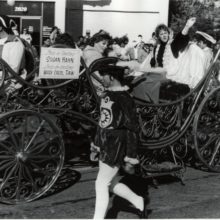 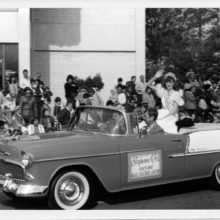 Since 1954 the El Paso County Historical Society has been a driving force in the historic scene of El Paso. EPCHS strives to foster research into the history of the El Paso area; acquire and make available to the public historic materials; publish and encourage historical writing pertaining to the area; and to develop public consciousness of our rich heritage.
Previous The Development of Cosmetology in El Paso: 1892-1970s. Next Marian Bainbridge Collins