Marian Bainbridge Collins was born in Idaho but came to El Paso at a young age. Marian graduated from Coldwell Elementary and Austin High School, and later UTEP.  Marian was married to an attorney named, William Coldwell Collins. Mr Collins was an assistant county attorney in El Paso.  The  Collins had three daughters. Marian taught for two years in Durango,Colorado and did practice teaching at  Bowie High School. Marian also worked as a secretary for the El Paso Legistative Delegation. Marian was active in the Junior League and was named outstanding active volunteer in 1962 and outstanding sustaining volunteer in 1968 and 1975. Collins served as president of El Paso Planned Parenthood and the Texas Chapter of the Texas Social Welfare Association.  Marian also served as vice-president of the El Paso Guidance Center and El Paso Rehabilitation. Marian also served as chairman of the El Paso Art Museum Member’s guild

Marian served for nine years on the El Paso School Board and served as the board’s secretary. Marian also represented the 16th Congressional District on the Federal Relations Network Commission and chaired many of the school district subcommittees. Marian was elected the School Board in 1968, she succeeded Maybelle Clendenin. Marian won a close race over Barbara Williams, Rue Dean, and Edgar Schnag. Marian was the lone woman member until she was joined by Mary Tippin in 1976. Marian was easily reelected in 1974. Marian supported family planning  and wanted it introduced in the schools. Marian was also known as an outspoken and hardworking trustee on the board. Marian lost a battle with cancer in 1977, while serving on the board. Marian was honored by EPISD who flew their flags at half-staff and an elementary school was named in her honor. 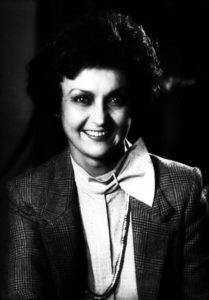 Collins was succeeded by Frances Thurman, who also been a teacher. Thurman served on the board until her retirement in 1987.

Since 1954 the El Paso County Historical Society has been a driving force in the historic scene of El Paso. EPCHS strives to foster research into the history of the El Paso area; acquire and make available to the public historic materials; publish and encourage historical writing pertaining to the area; and to develop public consciousness of our rich heritage.
Previous A look at the Sun Carnival Queens of El Paso Next Donation: ‘Box of junk’ at Corpus Christi yard sale turns up 1903 ‘Key to City’ of El Paso