From the Archives: Anita Lee Blair

Anita Lee Blair(1916-2011) was the woman to represent El Paso in the Texas State Legislature from 1953-1955.  She also was the first blind woman to hold any elected office in The United States. Blair was also a national freelance safety lecturer, who traveled all around the county with a seeing-eye dog, a German Shepherd named Fawn lecturing in schools and factories about safety prevention.

Anita Lee Blair was born in Oklahoma City on September 8, 1916. Blair came to El Paso as a child in 1924. She graduated from Austin High School in 1933. Politics ran in the family: Her grandfather served in the Oklahoma State Senate and her mother was a cousin of Vice President Thomas Hendricks.

Blair lost her sight at age twenty in a car accident and was later assisted by a German shepherd named Fawn who was her guide dog. The first in El Paso, the duo became well known in the city. Blair was asked to talk to various clubs and organizations. With Fawn’s help Blair earned her Bachelor of Arts and master’s from the College of Mines and Metallurgy now the University of Texas-El Paso.

Blair and Fawn became well known nationally because of her career as a national freelance lecturer traveling all over the country speaking about accident prevention to schools, factories, clubs and organizations. The duo made national headlines again with their escape from the LaSalle Hotel fire in Chicago in 1946 and in 1950 when Blair successfully protested being denied entry in the U.S. Senate gallery because Fawn was not allowed in.

Blair became more than just a lecturer, advocating for the passage of safety legislation in Congress and was working to kill a bill that would have given unlimited fundraising power to the National Safety Council. Blair saw it as a money-making gimmick. She claimed that in retaliation people representing the National Safety Council came to El Paso when she was serving in the Legislature and told people she was a communist. Blair also was the only female member of President Harry Truman’s Safety Advisory Committee.

The Anita  Lee Blair collection includes papers and other materials relating to her political career and time as a safety lecturer. The collection also includes original reels of 3 safety films she had made to serve as teaching aids in lecture circuits including the script she wrote for one of her more famous films “A Day with Fawn”. All films have been digitized. The Collection also includes a braille machine and grays dictation machine she used while she was serving in the legislature. 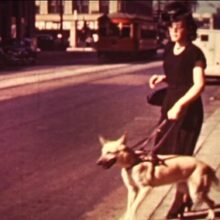 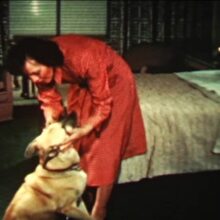 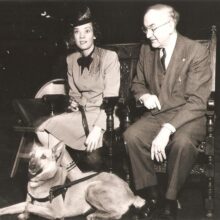 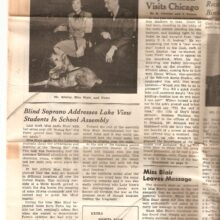 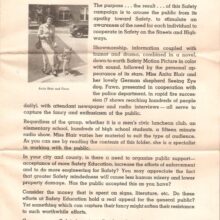 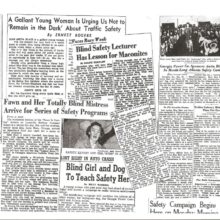 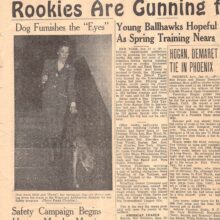 Since 1954 the El Paso County Historical Society has been a driving force in the historic scene of El Paso. EPCHS strives to foster research into the history of the El Paso area; acquire and make available to the public historic materials; publish and encourage historical writing pertaining to the area; and to develop public consciousness of our rich heritage.
Previous From the Archives: Scrapbooks Next New Publication from EPCHS: “My Book: Richard Fenner Burges’ Personal Diary, 1891-1898”