Weddings at the Burges House.

Brides of the Burges House

(excerpt from the Brides of the Burges House by former EPCHS President, Carolyn Beck.)

The Burges House, home of four generations of the Burges family, has been the setting for more than twenty weddings and receptions for family and friends during the years of 1923 through 1977. The first bride of the Burges House, Miss Marian “Mallie” Shelton Howe, who had grown up in the house and first cousin to Jane. “Mallie” married Francis C. Broaddus Sr. on Tuesday evening, January 23, 1923. Jane, the daughter of Ethel and Richard Burges, was the second Burges House bride. On Wednesday evening, January 17, 1924, Jane Rust Burges became the bride of Preston Rose Perrenot in a ceremony celebrated in the Burges House with Dr. Floyd Poe of the First Presbyterian Church officiating.

According to the El Paso Herald-Post of January 19th,

Only relatives and the closest friends of the couple were present. The reception rooms made a pretty setting for the ceremony with decorations of palms, smilax and ferns, and baskets of white blossoms … just before the ceremony the bride’s aunt, Mrs. Walter D. Howe, sang “Because” accompanied by Mrs. William R. Brown at the piano . . . . The wedding march from Lohengrin was played by Mrs. Brown as the wedding party came down the stairway and through the aisle of white satin ribbons and white tulle …. Dr. Floyd Poe [who] officiated … awaited at the improvised altar at  … awaited at the improvised altar at the end of the drawing-room . . . . The bride came to the altar with her father, Maj. Richard Fenner Burges, who gave her in marriage …. She was gowned in ivory Chantilly lace and chiffon designed over crepe satin of the palest shade of shell pink. The bodice was in long waist effect and the skirt inset with lace. The train of chiffon was inset with lace and the veil was of tulle and lace. The veil was worn in band effect across the brow and caught in loops at the back of the head …. She carried a bouquet of brides roses, weed peas, pink roses and lilies of the valley . . . . Immediately after the ceremony a reception was given for a large number of guests . . . . Salad and ices were served and the table in the dining room centered with the wedding cake was covered with a lace cloth lighted with white candles and white tulle added further to the dainty effect. 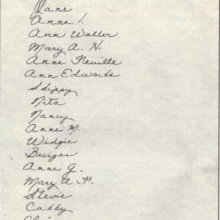 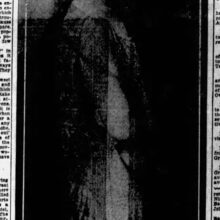 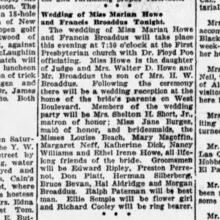 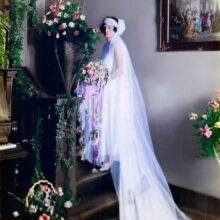 Jane Burges Perrenot on her wedding day at the Burges House. 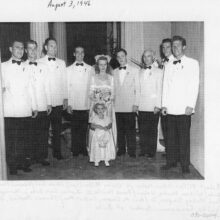 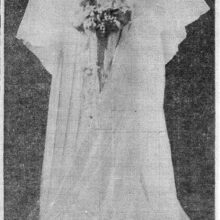 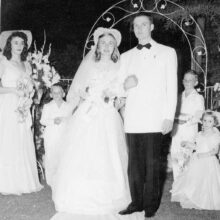 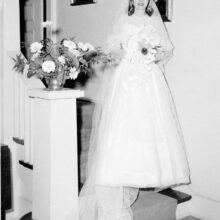 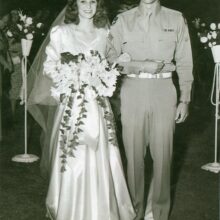 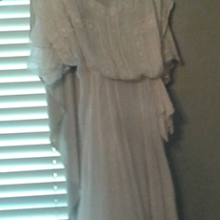 Wedding Dress belonging to Mary Austin Burges(Frasier) when she married William P. Hooten on Sep,11,1945 at the Burges House.The Dress was donated by her niece, Leigh Aldaco. 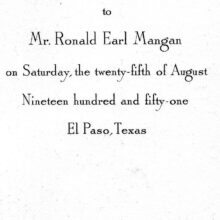 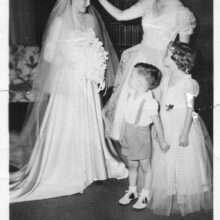 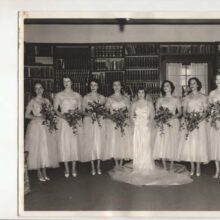 Ann Perrenot and her bridesmaids at her wedding. Photo taken in the living room of the Burges House, Aug. 25, 1951. 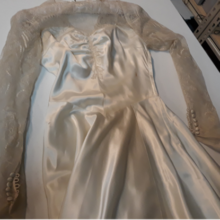 Anne Burges Georges wedding dress from her first wedding to Ronald Mangan on August,25,1941 at the Burges House. The Dress was donated by her daughter, Leigh Aldaco 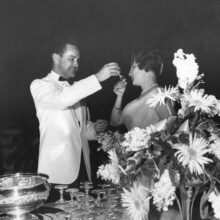 Josiphina and Burges Perrenot cutting their wedding cake. June 1962. Wedding in back yard of Burges House. 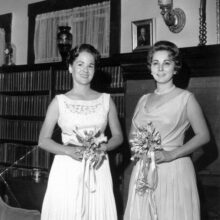 Copy of photo of attendant Anne Perrenot Mangan and bride Josephine Perrenot on her wedding day in living room of Burges house June 1962.. 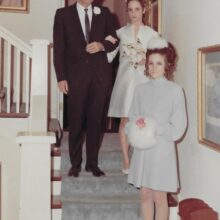 William Hooten escorting his daughter Barbara Hooten Bentley to her wedding with Joseph Luckett at the Burges House January 23, 1969. 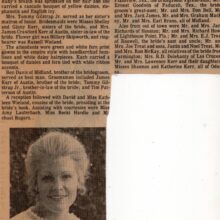 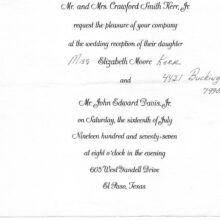 Since 1954 the El Paso County Historical Society has been a driving force in the historic scene of El Paso. EPCHS strives to foster research into the history of the El Paso area; acquire and make available to the public historic materials; publish and encourage historical writing pertaining to the area; and to develop public consciousness of our rich heritage.
Previous EPCHS Honors Sunset Heights Neighborhood Improvement Association Next Louise Dietrich : A Pioneer Nurse, El Paso Suffragist, Women’s Rights Leader