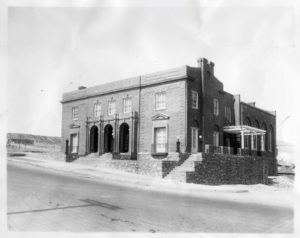 The El Paso Woman’s Club was formed in 1894 on San Francisco street at the home of the first president, Mary Hamilton Mills. The organization would later become the Women’s Club of El Paso. Starting as an intellectual club, in the 1890s it became a service organization known for its work of charity and reform, including the founding of the First Free Kindergarten in Texas and the First Public Library in El Paso. They also lobbied successfully for physical education classes to be taught in schools in 1903. They also advocated for better sanitation laws and a curfew law for minors. 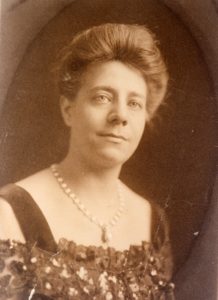 In the El Paso Herald July 9, 1912, Olga Kohlberg said “suffrage would evaluate country”. She also believed that women having the ballot would help clubwomen accomplish more in their civic works. She supported suffrage but would defer to the Federation of Women Clubs. In the El Paso Herald on October 31, 1912, when asked about how women’s votes might affect the Presidential election, Mrs. A. P. Averill, president of the El Paso Woman’s Club said, “If women want suffrage they are entitled to it, but personally I do not care for the right or the privilege.”  Kohlberg supported suffrage but wanted education and property qualifications for it.

In  1913 at an El Paso Woman’s Club meeting in her presidential address,  Katherine Foster said she believed suffrage was inevitable. That same year on May 8, Mrs. M.W. Simms a club woman and suffragist from  Byran, Texas spoke in favor of suffrage at an El Paso Woman’s Club meeting and she also urged an organization of a suffrage club in El Paso. She believed “El Paso has grown in every other way and that if the women of the city would stir the interest of people of El Paso in suffrage it would not be long until they had a suffrage club.” In Jan of 1913 Anna Pennebarker, President of El Paso Foundation for Women Clubs visited El Paso and spoke at a Woman’s Club Meeting in favor of suffrage saying that “there would be no progress until women get rights”.

“Women Should vote, but  There Should Be an educational  or Property Qualification To It” October 31, 1912, El Paso Herald

Since 1954 the El Paso County Historical Society has been a driving force in the historic scene of El Paso. EPCHS strives to foster research into the history of the El Paso area; acquire and make available to the public historic materials; publish and encourage historical writing pertaining to the area; and to develop public consciousness of our rich heritage.
Previous Meeting of Women at Fort Bliss Launched the El Paso Women’s Suffrage Movement By Janine Young Next From the Archives: Scrapbooks